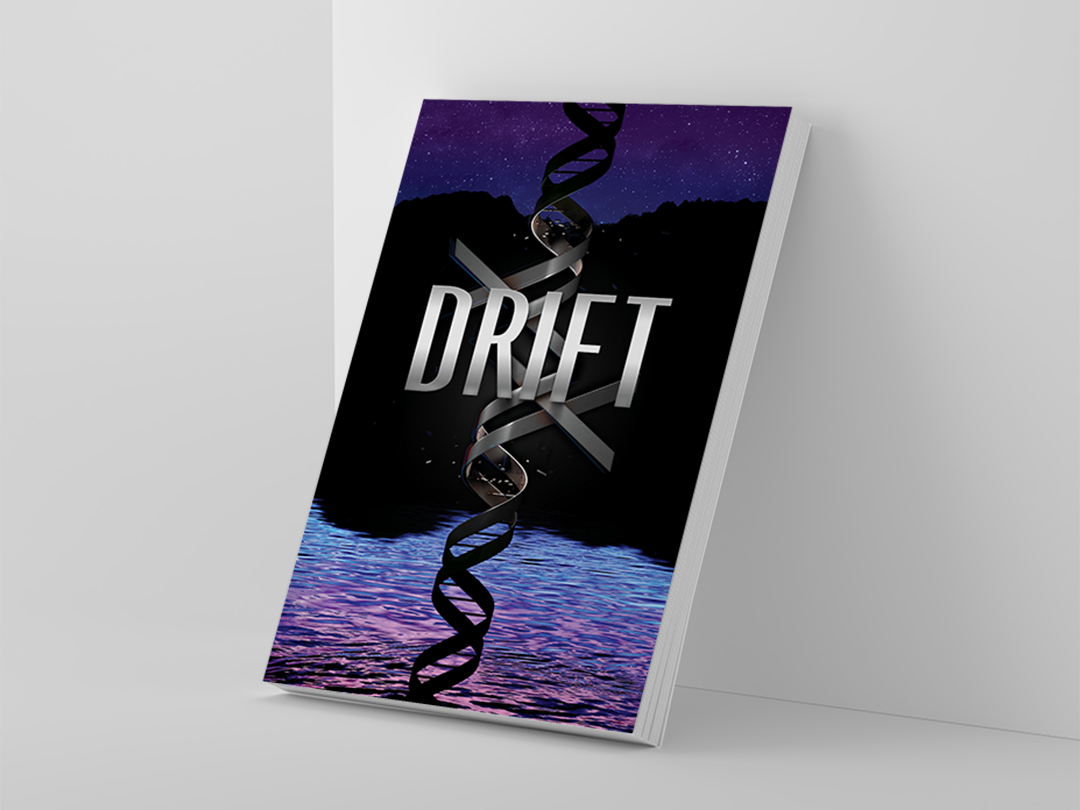 Get your copy of Drift by Danielle Mohr

All is well within the safe walls of the Empire, where Mods rule and Humans serve. But outside the walls, Rogue terrorists are planning something far more sinister than their usual violent attacks against the Empire. When Zade Serafin’s brother, Sam, is kidnapped by the Rogues, it’s not just his life at stake. Her family, her reputation, and the dark secret behind her origins is all suddenly at risk.

Zade has been raised to fear the Rogues. But as she is thrust unwillingly into their midst to find and rescue Sam, she realizes that the Empire has been feeding the Mods lies for decades – maybe even centuries.

Caught up in a silent war in the Exterior, Zade must decide whether to put her faith in her enemy or risk capture by the deadly forces of the Empire. As the line between friend and enemy blurs, Zade has to decide who she’s willing to betray to get her life back.

Designing the Pages for a Sci-Fi Novel

The priority with any page layout design is making the text both legible and readable. This means being easy to read and pleasurable to read respectively. Because Drift is a sci-fi novel targeted at young adult audiences, we wanted to make sure that the pages were modern and airy. The page design also needed to reflect the themes of the novel.

The main body text is Bookmania, a font specifically designed for novel design. This font features big open bowls and a generous x-height. Serif typefaces aid in reading large volumes of text. Often, serif fonts have a traditional or dated feel. However, Bookmania remains modern even with these little feet on the letters.

The font for chapter headers is Bio Sans, a name fitting a sci-fi novel about genetically modified people. This font is a modern sans serif, but the character forms are slightly techy and futuristic. These design choices make Drift easy and pleasant to read while still being true to the themes of this phenomenal young adult sci-fi novel.